Testing is critical throughout the app development life cycle. Apps go through several stages of testing—from code reviews and continuous integration (CI) to phased deployments among public users. Alpha and beta testing both happen in the middle. These stages provide important data and feedback that helps our development team prepare the app for a successful launch.

What’s the difference between alpha and beta testing?

Alpha testing is completed near the end of the development process but before we present the app to external users. Internal testers—both from the development team and the client organization—participate in alpha testing. Their goal is to carry out the tasks a typical user might perform. Alpha testers answer the simple question: does this product work?

In contrast, real users conduct beta tests in real environments. Sometimes these tests are open to the public; other times an organization invites specific beta testers to participate in a closed beta. Either way, this is done near the end of software development once we’ve completed key features and the app is getting ready for release.

What is the advantage of each?

Alpha testers conduct pre-determined tests to make sure features work as expected. This should be done before an app is released to beta testers. It ensures the app meets the minimum requirements for the project and works as expected. This is an important part of eliminating surprises. Internal stakeholders are able to test the app and identify any bugs in the standard workflow of the app.

While alpha testing is important, beta testing is often the most interesting part of the testing process. Real users offer a fresh perspective of the application. Because they’re interacting with the app organically rather than from a playbook, their actions are often unpredictable. This makes them more likely to uncover hidden bugs.

Additionally, even when app development includes extensive discovery work (a crucial part of the process), users often interact with an application in ways an organization hasn’t anticipated. The analytics, crash reports, and feedback from these interactions help us add guards against “wrong” ways of interacting with the app to prevent unexpected bugs and errors.

The value in user testing

Because bug detection is one of the most obvious and useful advantages of beta testing, the more beta testers you have, the better. A higher number of testers will naturally use a greater variety of devices. This allows our team to identify weird bugs that occur on specific devices. The more of these we catch during testing, the less that will crop up “in the wild.”

Additionally, real users often discover issues that the developers and alpha testers haven’t noticed. These might include confusing application flow or missing features that seems painfully obvious after the fact. These insights are priceless when it comes to user retention because they allow us to create a better user experience.

There are some eye-popping data points from this BugSnag infographic:

Alpha and beta testing are only as good as the data

Both alpha and beta testing are valuable, but only if we’re gathering hard data to identify bugs, crashes, and errors. Hard data includes data the application generates and collects. In other words, we can validate this data.

We often bundle performance monitoring and crash log reporting software such as Google’s Firebase with applications to provide this type of data. This data provides a solid way to combat bugs and performance issues. With these detailed analytics, we can also identify the types of phones and their specifications that encounter particular bugs and errors.

On the opposite end, soft data is equally valuable. This includes user feedback around their feelings and opinions when using the app. Including an easy, accessible feedback form with each round of testing encourages users to submit their subjective feedback.

With the combination of hard and soft data, our development team can improve the app to prepare for its public launch. If the app needs significant changes, we can conduct another round of alpha and beta testing to increase confidence in the final app.

App development should include thorough testing at every stage of the development process. Alpha and beta testing, in particular, help ensure that the app not only functions as it should but that it can also handle unpredictable behavior. 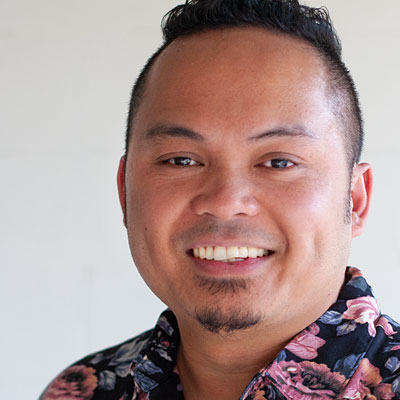